Marko’s wild character ADHD-Sheik is here to serve you crazy life wisdoms with an art exhibition in Comics & Illustration Center’s gallery in Helsinki! 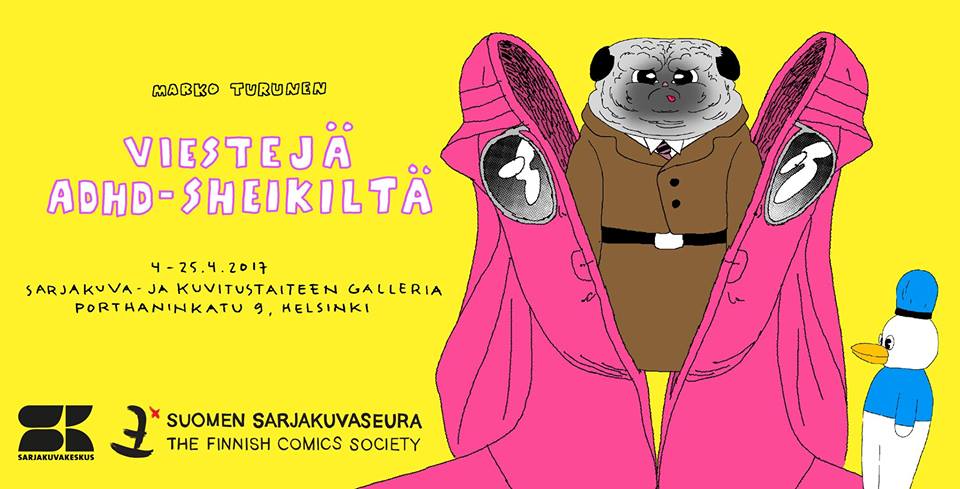 Are you ready for shady characters, unexpected turns of events and “messages” that are simply out of this world? If your answer is yes, this is definitely your show to check, if you’re in Helsinki.

Marko Turunen has been doing this art project called ADHD-Sheik for several years now. He has published sheik’s adventures in three comic albums – fourth one is coming soon. Comics are the most visible part of Marko’s illustrational production and they have already been translated into French, German and Italian.

This is the wildest and the most interesting illustration exhibition of the month. So don’t be afraid, go blow your mind and see the exhibition at the Comics & Illustration Center’s gallery in Porthaninkatu 9, Helsinki. It’s open until the 25th of April. 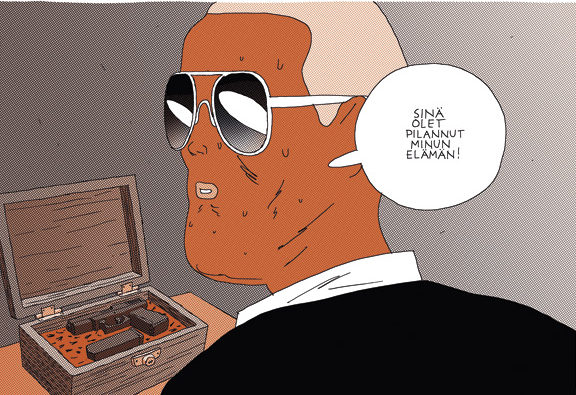 “You have ruined my life!”

If you’re into Marko’s insightful humour and great illustrations, see his portfolio on Napa’s page. You can commission him for your project by contacting info(at)napa-agency.fi

You can buy ADHD-Sheik comics from the shop located in the same space as the gallery – or order the albums from the Turun Sarjakuvakauppa webstore.