November just got even better! Ilona Partanen’s illustration now decorates the street in the city of Puebla, Mexico! The city of Helsinki ordered a street artwork from Napa Agency to represent Helsinki in Unesco Cities Of Design Puebla’s project Cebraton. The street art was designed by Napa’s experienced mural painter Ilona Partanen, and it was executed by local design students based on Ilona’s design. Helsinki has been a part of the awesome Unesco design cities network since 2014!

Ilona’s design is called “Vanamo”. According to the artist, the idea behind the artwork came first of the idea of having some kind of a “street jungle”. She then combined some Finnish nature to make it look more interesting in the street of Mexico. In Ilona’s design Finnish flowers, the Twinflower and the Lily of the Valley, wrap around and take over an urban metallic sewer grill. The vibrant blue resonates to Finland that celebrates it’s 100th birthday this year. The flowers are there to brighten it up a little. Ilona has made amazing street art and wall murals for example in Helsinki and Amsterdam. 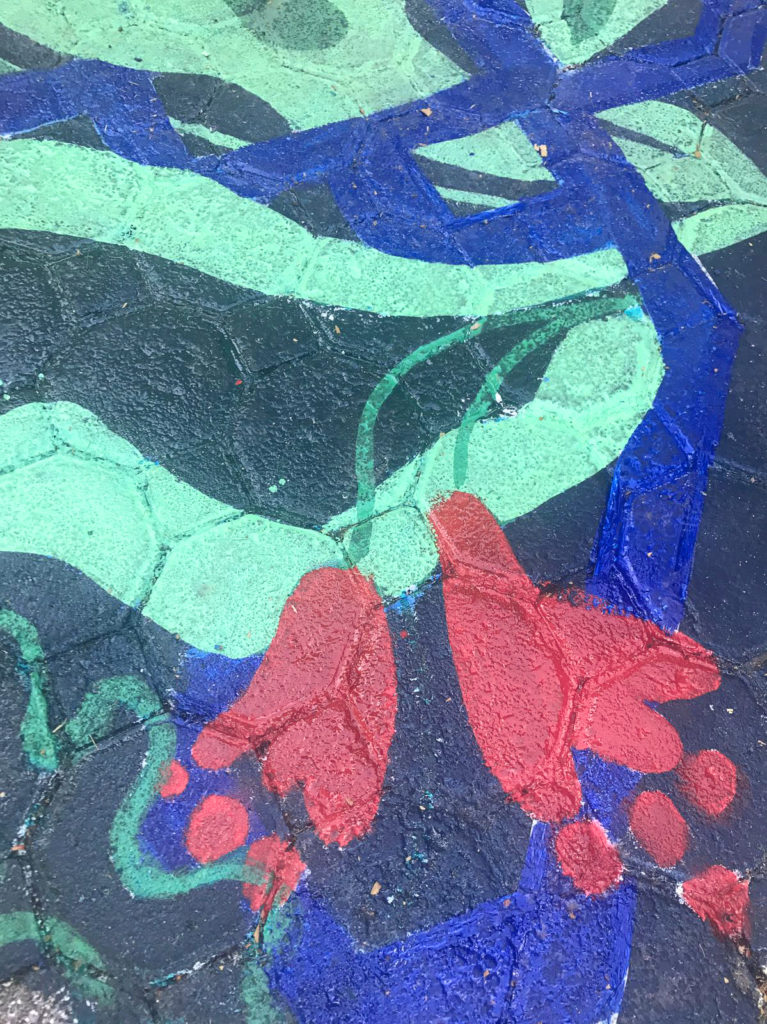 The project Cebraton aims to develop the city of Puebla more secure and to have more resident oriented approach by using creative methods. Ilona’s colourful and vibrant “Vanamo” was painted on the street of Puebla by local design students. All of the street paintings were painted on the pavement surrounding the Amaro Foundation Park to emphasize the pedestrian crossings and making  the area safer to walk around. All in all, there were 22 different street art designs ordered from cities such as Kobe, Montreal, Detroit, Dundee, Berlin and Seoul. 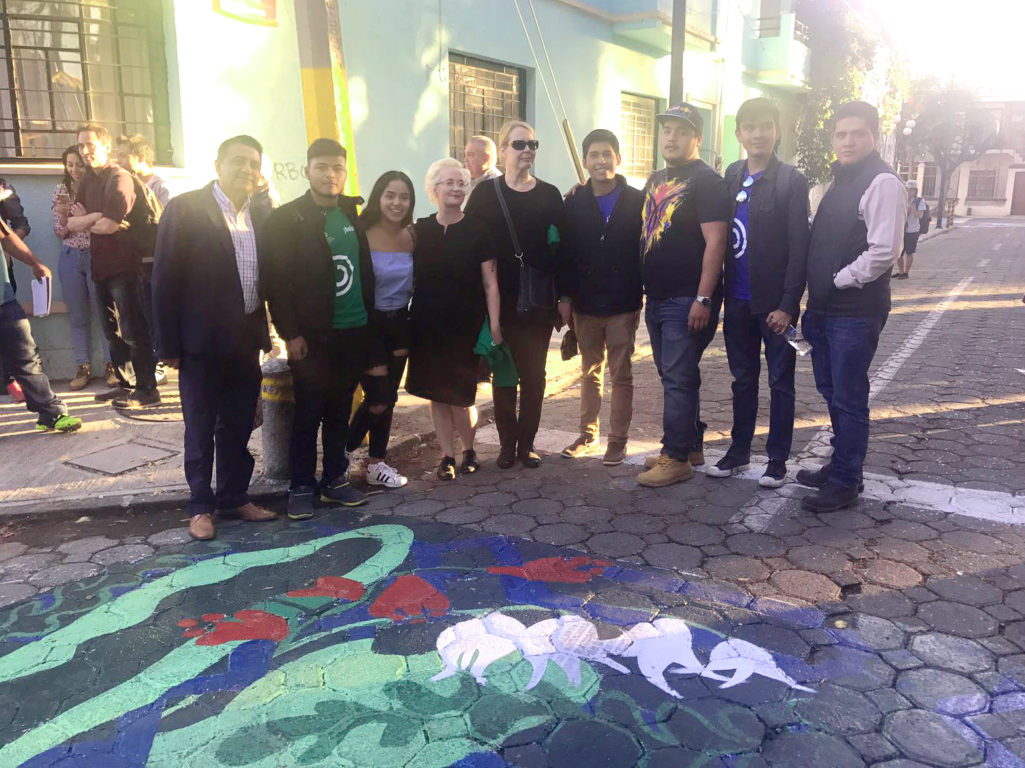 Napa’s agent Marjo Granlund and Taina Seitsara from the City of Helsinki represented Helsinki in Puebla. They toured all the street art of Unesco Cities of Design around the Amparo Foundation Park. They were followed by a great number of art&design students who executed the paintings based on the original design. They wanted to take a photo with  the Helsinki representation standing by Ilona’s street art. The students thought that the design was very beautiful and challenging to paint. Marjo & Taina were very pleased to have such a warm welcome! 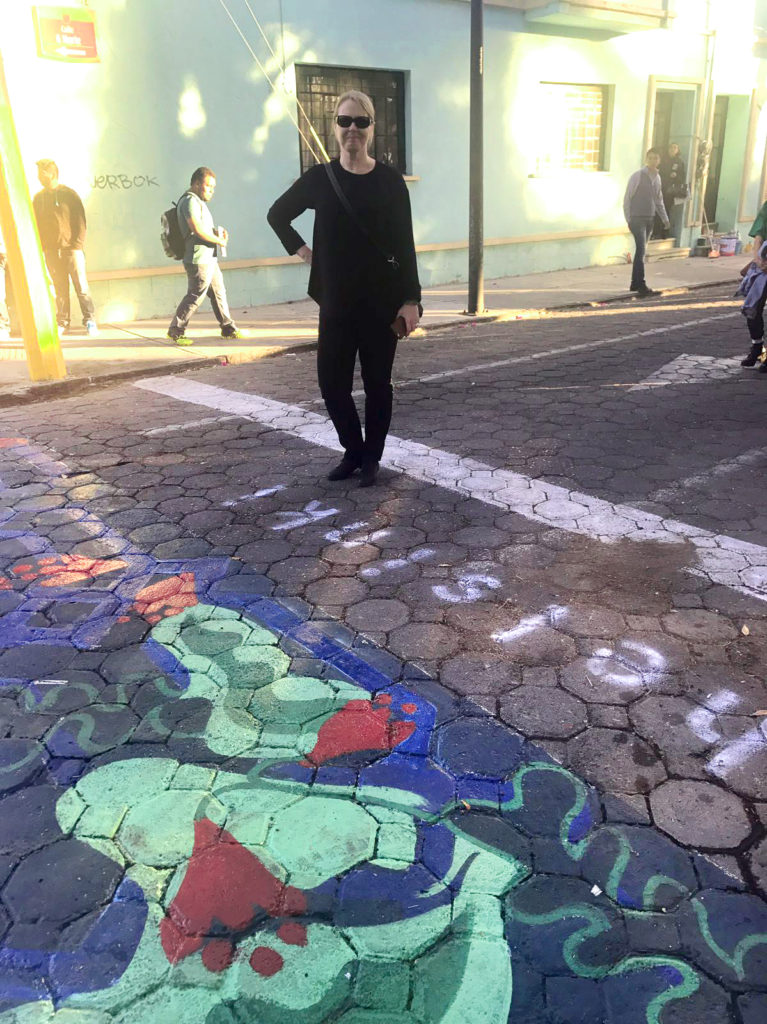 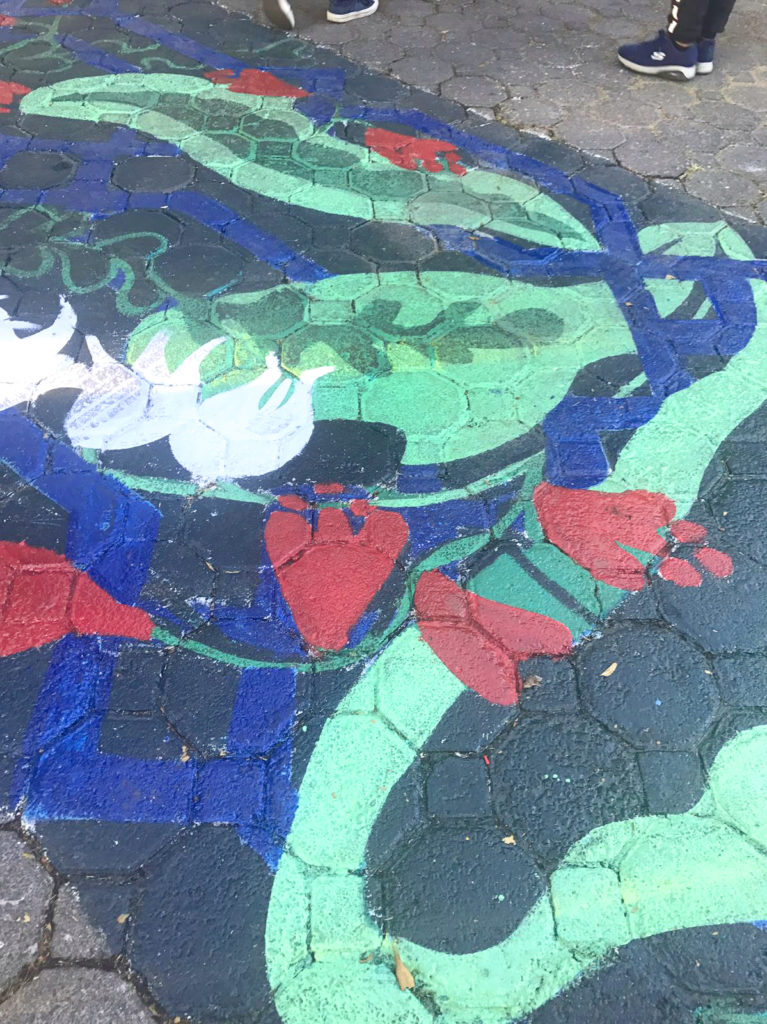 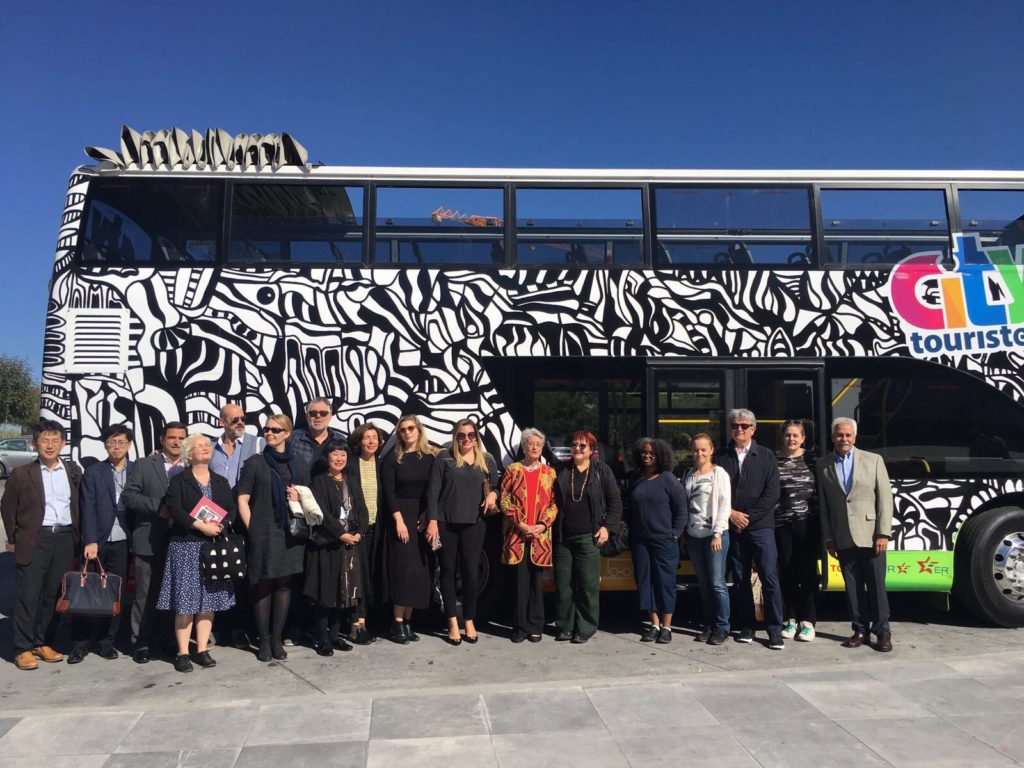 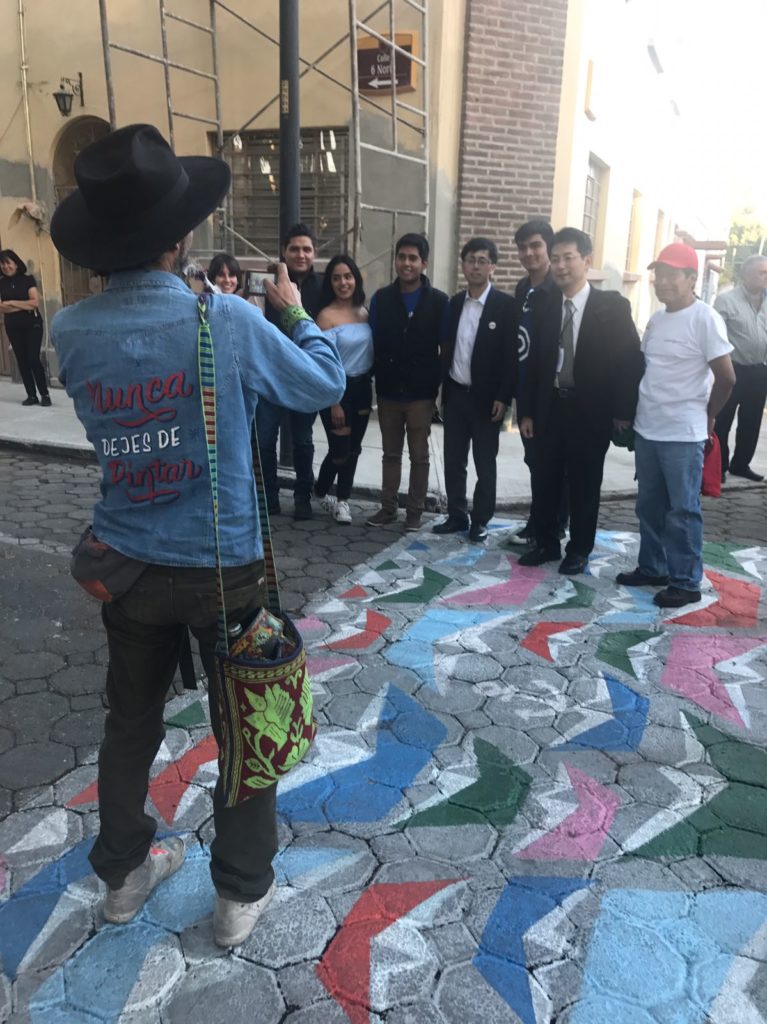 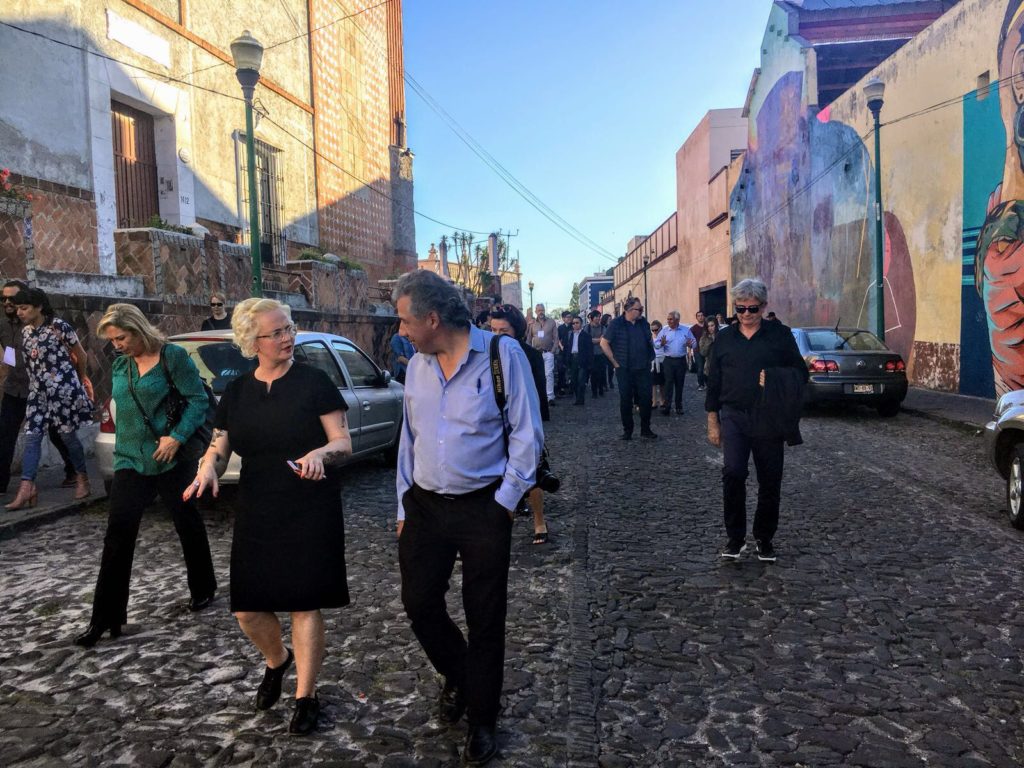 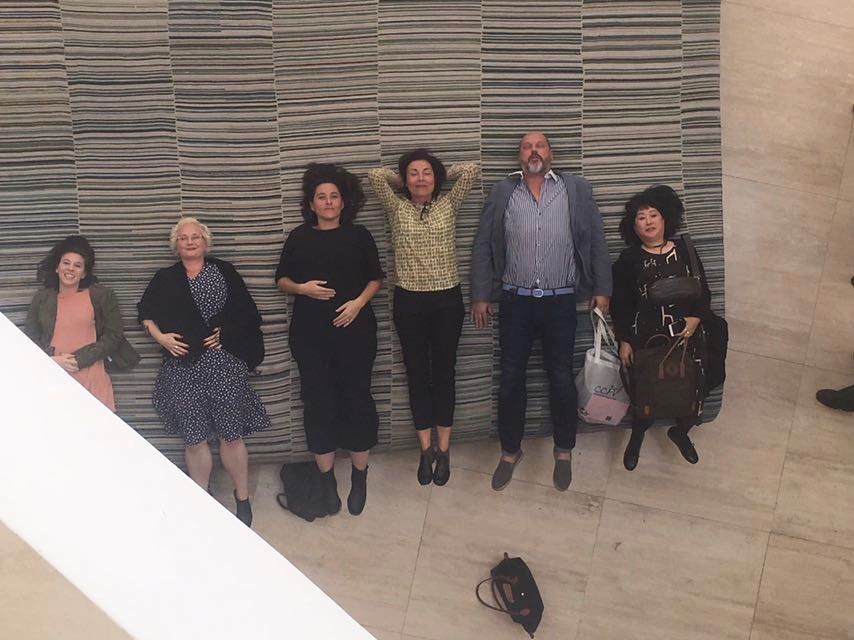 Napa Agency wants to thank the City of Helsinki from this great collaboration, and the City Of Puebla from incredible hospitality!