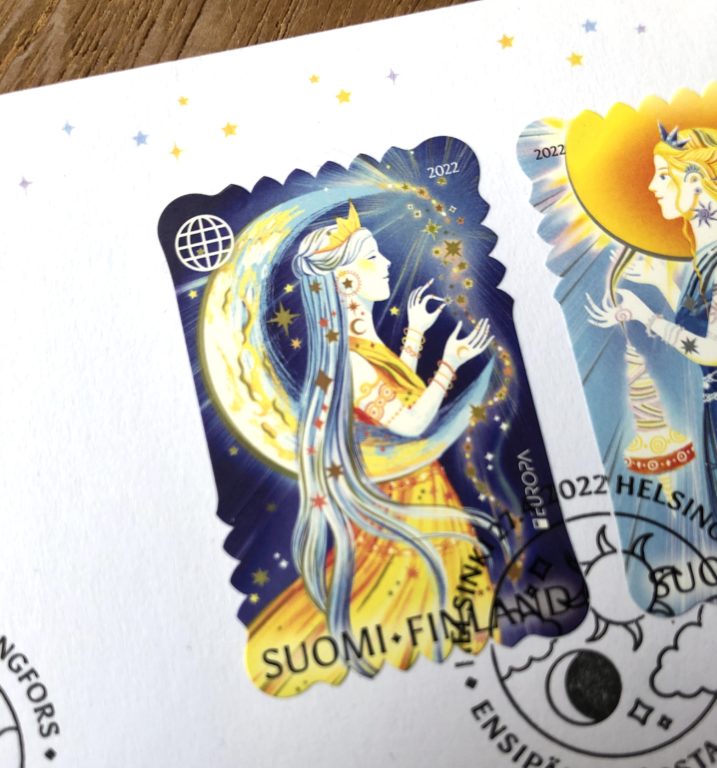 The PostEurop is a trade association representing European public postal operators. The results were announced at PostEurop General Assembly in Dublin a couple of weeks ago. Now we can also officially share the happy news: Emmi-Riikka’s stamp is one of the most beautiful in Europe! 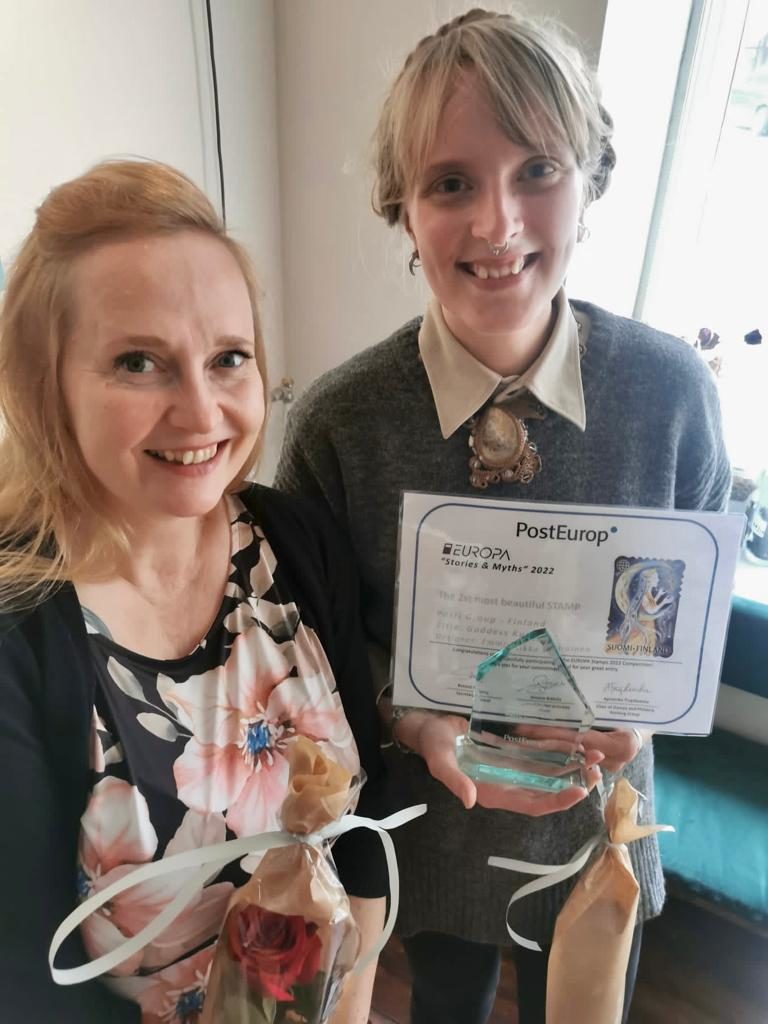 Agent Marjo Oliva and illustrator Emmi-Riikka Vartiainen with her throphy

Voting for the high-level competition was in three stages and the places were determined based on the votes cast by the general public, postal companies and an expert jury. Along with Finland, Luxembourg and Liechtenstein reached the prize places, winning gold and bronze. This is how Emmi-Riikka and Posti’s design manager Tommi Kantola, who commissioned the work, thanked the jury right after the results were announced:

Thank you everyone! When I heard the news, I was really surprised. I’m so happy my depiction of her resonated with so many. I wish I could meet you all! But we are fascinated by the same stories and mysteries, so I feel that we are united. This theme has so many wonderful stamps and stories behind it. I’m so glad to have a part in it! 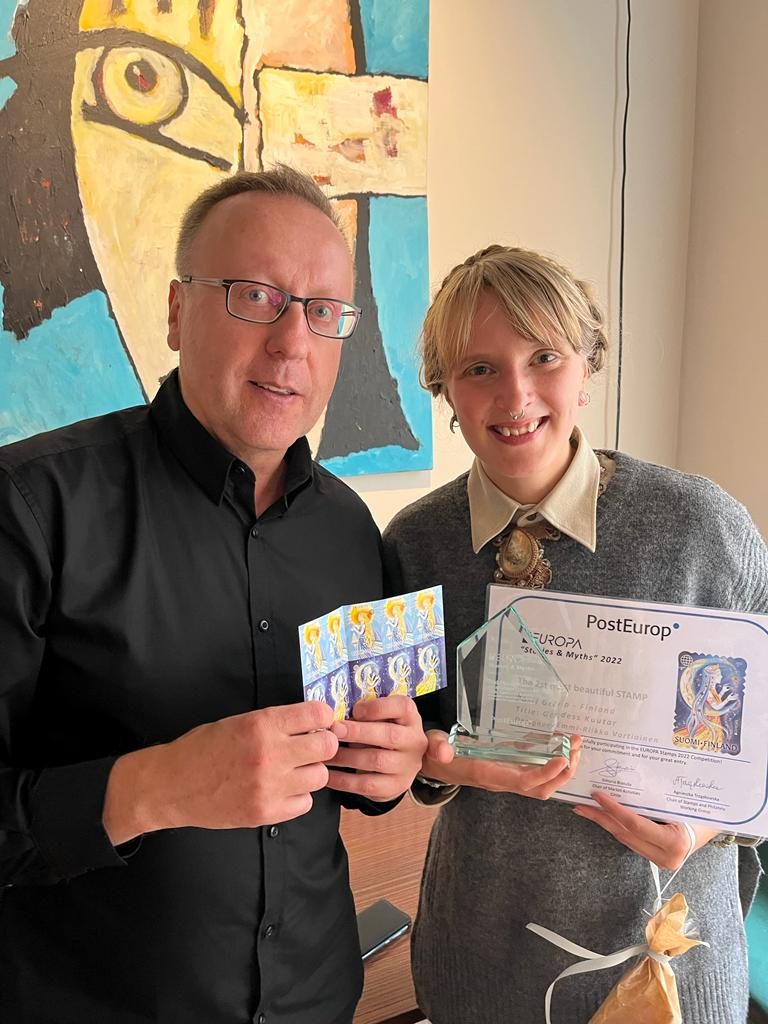 As a design manager I always try to find out best possible designer for every issue. Luckily my problem is only positive due so many talented professionals in Finland where to choose from. So far I have been blessed to guide chosen designers year after year to the podium in EUROPA stamp competition. Thank you Emmi-Riikka Vartiainen for your cooperation and everyone for voting Finland! 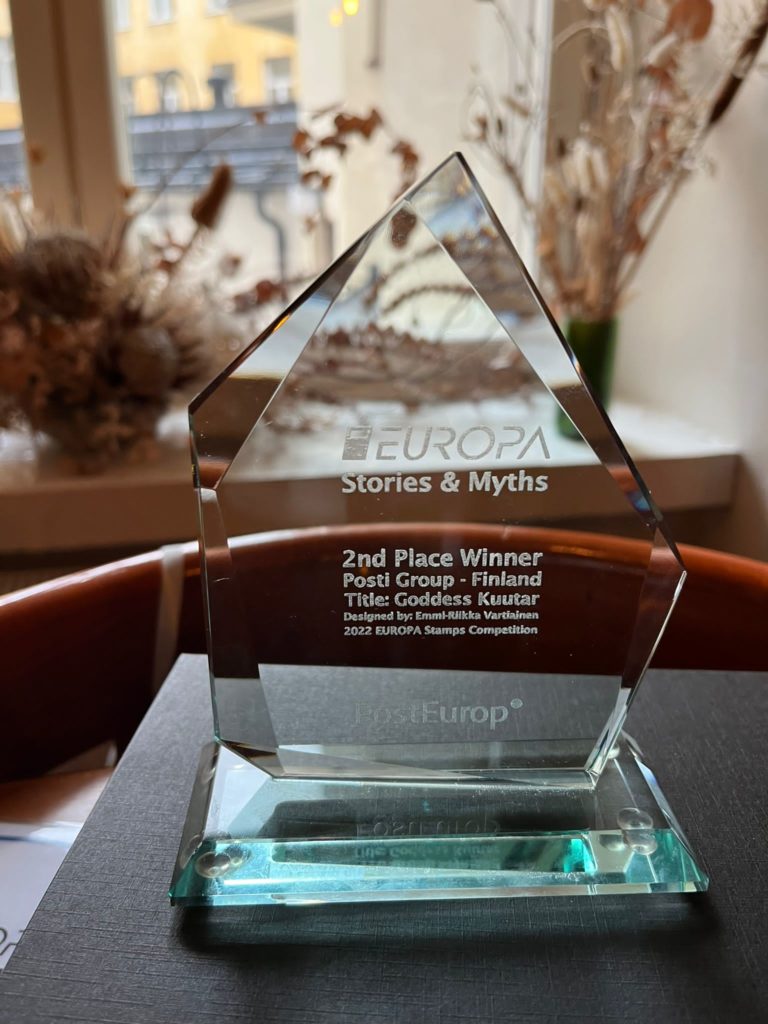 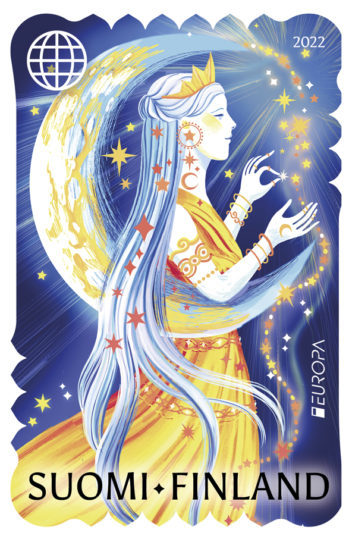 The stamps illustrated by Emmi-Riikka are part of PostEurop’s annual EUROPA series, the theme of which this time was Stories and Myths. Emmi-Riika’s stamps are decorated with Kuutar and Päivätär, celestial goddesses familiar from Finnish mythology. Posti issued the stamps in April in the form of a 10-stamp sheet. If you want to buy the stamps for yourself, they are available at Posti offices throughout the country and, of course, at Posti’s own online store.

Napa congratulates its illustrator on the well-deserved recognition! Thank you once again to Tommi Kantola for the wonderful cooperation!