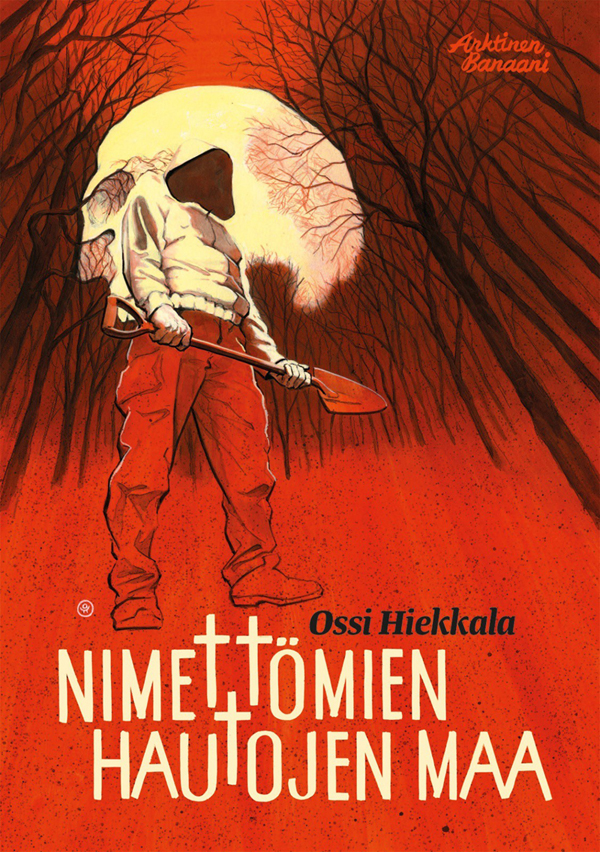 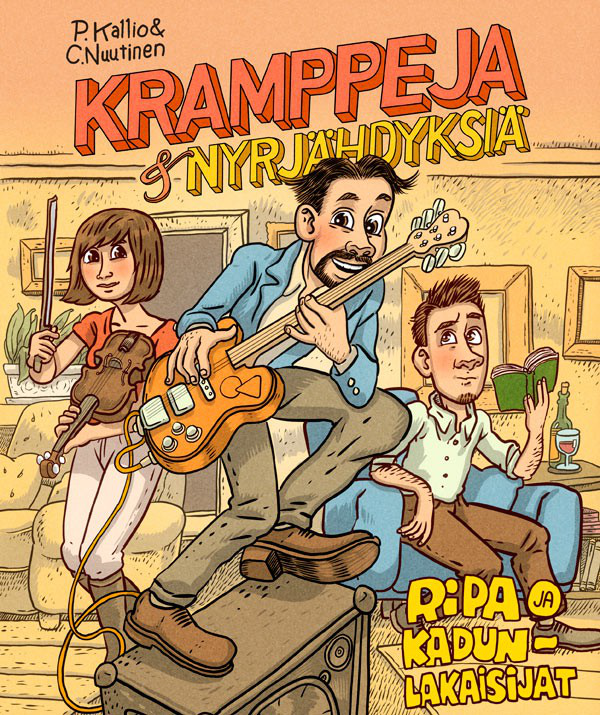 Drawn by Christer Nuutinen & written by Pauli Kallio “Kramppeja ja nyrjähdyksiä” is a well known comic series in Finland. It has been published as comic albums and also featured as strips in the Finnish magazines like Suomen Kuvalehti. The most recent album explores a familiar hero, Risto’s everyday blunders and his doings as a music artist.

The winner of Sarjakuva-Finlandia will be selected from the top ten comic pieces by the Finnish rock band CMX’s front man A. W. Yrjänä. The award was established in 2007 and this year it will be given on Friday 17th of March at the “Tampere Kuplii” comic art festival.